Is Conflict Avoidance Holding Your Team Back?

Is Conflict Avoidance Holding Your Team Back?

Are you getting increasingly frustrated by impromptu interruptions by team members who want to have a rant about other team members. You may be thinking this is clearly not what you signed up for. You did not spend tens of years training and working your way up the ladder to end up playing babysitter to a bunch of whiny, tantrum-throwing grown-ups who should know better.

One of my clients, a Senior Vice President in a leading investment bank complained that she had inherited a team that was constantly at war – except you couldn’t tell unless you were in her shoes! To an outsider, her team looked like every other busy team – heads down and just getting on with it.

However, take a closer look and you’d see that all they cared about was their own individual success and progression; there was no sharing of best practices, collaboration was absent and if anything, team members were more focused on stabbing one another in the back!

She felt stuck and didn’t know what to do. According to her, the problem was that there was no real, tangible conflict. At least not bad enough to warrant bringing in external mediators or involving HR. Just enough to create a tense, icy and morgue-like atmosphere that was fast becoming unbearable.

Sound familiar? The good news is you’re not alone and there is hope. Over the last 10 years, our coaches have worked with countless leaders who have confided that they get distracted by the constant bickering and gossip in their team, and that over time, they start to feel resentful as their time could be put to better use.

1. Bring Your Team Together. Often. The most important key to healthy conflict is trust. Team meetings should be a priority and are not just for whizzing through agenda items. When run properly, they go a long way toward building and strengthening relationships.

If your meetings are starting to feel like a chore, spice them up! Invite an external or internal guest to give you a different perspective. Create opportunities for team members to lead meetings and use the opportunity to regularly check in on team morale.

2. Dedicate Time to Discuss Conflict. Don’t wait for conflict to arise before you agree as a team how best to deal with it. Figuring out how to effectively deal with conflict when you are already worked up is tough!

Neuroscience teaches us that when we are triggered, our rational brain, the prefrontal cortex (PFC) responsible for weighing options and making rational decisions gets shut down, and our limbic system, often referred to as our “teenage brain” (remember that flight, flight or freeze response?) takes over, often resulting in us losing control.

Whether you can’t possibly imagine conflict in your team, or there is already some tension, it is important to have a collectively designed conflict protocol to refer to when things start to heat up. How do you as a team want conflict to be handled in your team?

3. Spot the Signs. Early. Toxic behaviours associated with conflict are usually visible long before conflict emerges. Watch out for snide remarks, disrespect, rolling of eyes etc. and get curious about them as soon as you spot them.

Better still, educate your team members on toxic behaviours and on how to stay calm when triggered.

4. Don’t Avoid Conflict. Don’t brush things under the carpet. As systemic coaches, we strongly believe that conflict when handled skilfully is a catalyst to constructive change. Despite its bad reputation, conflict can be the source of invaluable wisdom and creativity for a team.

In fact, our coaches get concerned when team members say that there are no disagreements in the team. What does that say about the level of constructive interaction present in that team? Surely there must be disagreements that come from conflict of thoughts, experiences and culture?

Be a role model and develop your own skills for surfacing issues and skilfully handing conflict.

“The most intense conflicts, if overcome, leave behind a sense of security and calm that is not easily disturbed. It is just these intense conflicts and their conflagration which are needed to produce valuable and lasting results.”

5. Share the Load. Team members should collectively take ownership, and be accountable for maintaining an atmosphere that fosters creativity and collaboration.

One of the engagement factors we measure in our Team Diagnostics Assessment is Constructive Interaction. That is, team members’ ability to constructively express and appreciate different perspectives. We often find that it is a gap which we address in our team-building sessions.

High performing teams are skilled at effectively navigating conflict. They have the ability to regulate their emotions and can recognise the behaviours that precede unhealthy conflict. This means they are better equipped to diffuse situations so things don’t get out of control.

6. Ask for Help. As coaches, we often come across leaders who reach out to us when they are at breaking point. Don’t wait till conflict in your team is unmanageable before you reach out for help. Conflict prevention is always a better approach than damage control.

Either way, make sure you have built a solid support network and are clear on resources available to you as a team leader. Every leader can benefit from a mentor, coach, HR partner ,or a trusted adviser who they can call on at any time. Don’t wait till things are out of hand before you build your network.

Now, over to you…

How have you equipped your team to handle conflict? If you are currently dealing with conflict in your team OR are concerned about the lack of any disagreements on your team, get in touch for an informal chat about how we can help you develop a strategy.

The Real Reason You Procrastinate And How to Stop! 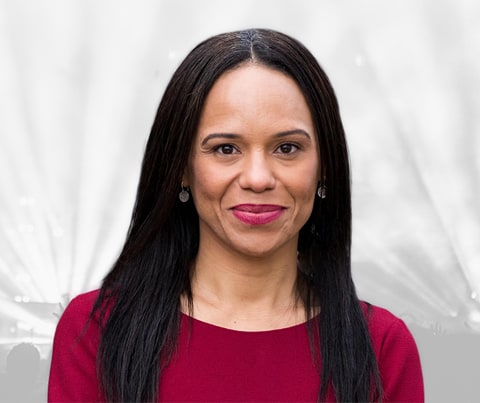 I’ve been transforming leaders, relationships and teams for over 15 years. Having developed 100s of clients to navigate change and conflict in that time, I can confidently say that if you want to build a successful relationship – whether personal or professional – you need to learn to embrace your differences and grow from them.

This website uses cookies to improve your experience while you navigate through the website. Out of these, the cookies that are categorized as necessary are stored on your browser as they are essential for the working of basic functionalities of the website. We also use third-party cookies that help us analyze and understand how you use this website. These cookies will be stored in your browser only with your consent. You also have the option to opt-out of these cookies. But opting out of some of these cookies may affect your browsing experience.
Necessary Always Enabled
Necessary cookies are absolutely essential for the website to function properly. These cookies ensure basic functionalities and security features of the website, anonymously.
Functional
Functional cookies help to perform certain functionalities like sharing the content of the website on social media platforms, collect feedbacks, and other third-party features.
Performance
Performance cookies are used to understand and analyze the key performance indexes of the website which helps in delivering a better user experience for the visitors.
Analytics
Analytical cookies are used to understand how visitors interact with the website. These cookies help provide information on metrics the number of visitors, bounce rate, traffic source, etc.
Advertisement
Advertisement cookies are used to provide visitors with relevant ads and marketing campaigns. These cookies track visitors across websites and collect information to provide customized ads.
Others
Other uncategorized cookies are those that are being analyzed and have not been classified into a category as yet.
SAVE & ACCEPT